At Farmers Insurance Company of Flemington, we’ve been keeping promises to our Policyholders since 1856.

The Farmers Mutual Fire Assurance Association of New Jersey was originally organized and incorporated by a special Act of the New Jersey legislature on March 3, 1856 and the company commenced business in April 1856. It wasn’t until two years later that we received our first claim for a fire that was set by a mischievous youngster, who was later apprehended.  The minutes of the Board of Directors reflect our Founders willingness to forgo prosecution of the boy as long as he promised to behave himself in the future.

“The Board of Directors after consultation about the origin of the fire, thinks it advisable for the benefit of Henry Taylor, the boy who lighted the fire and for the purpose of warning to others, that he be apprehended, and taken into custody to be dealt with according to law, unless he shall show proper penitence and make satisfactory promises for his future good behavior”

There have been many policies and many claims since we paid for Mr. Thompson’s fire damage. Farmers has continued to serve and protect our Policyholders throughout the years.  Our proud tradition has seen us and our Policyholders through the Civil War, the Great Depression, two World Wars, over 30 economic recessions including the Great Depression and the Great Recession of 2008, not to mention numerous natural catastrophes including Hurricane Sandy and Hurricane Ida.  Through it all, we have remained financially stable and dedicated to serving the needs of our Policyholders. 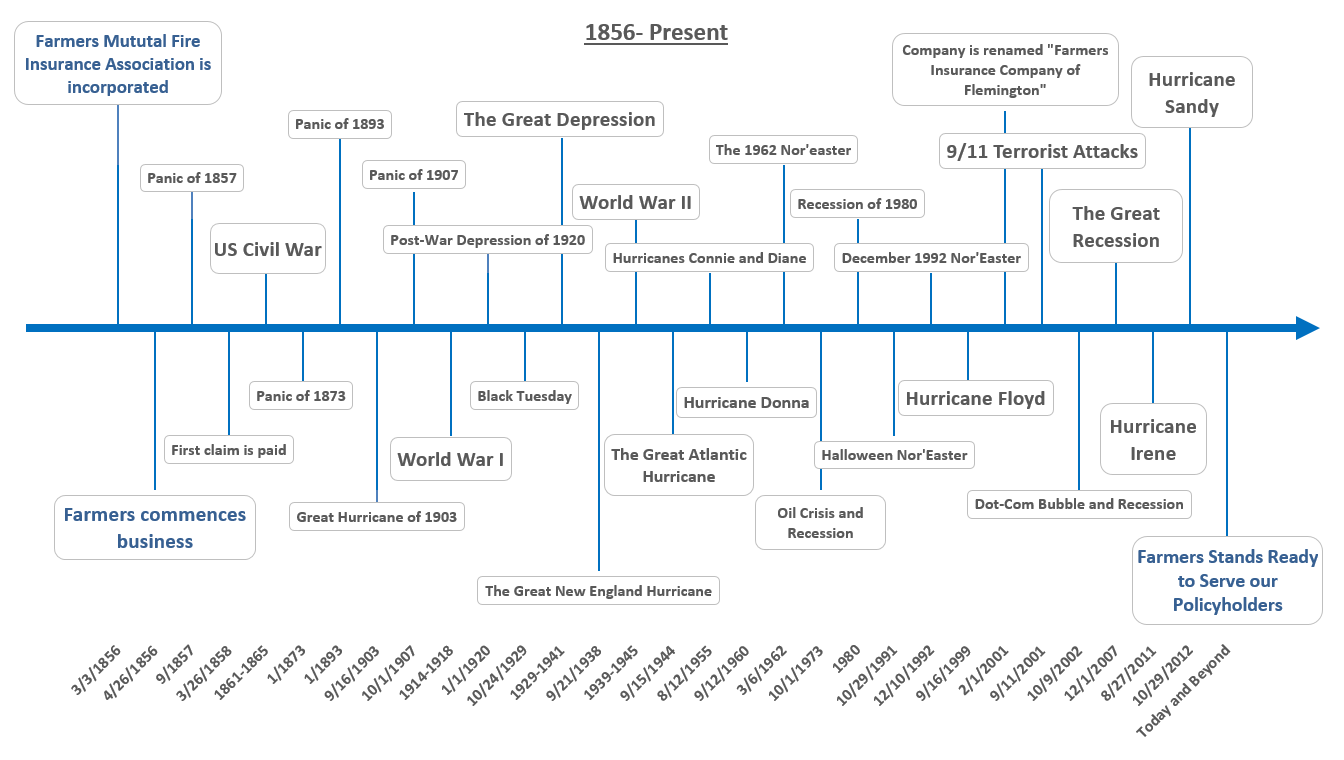 Today, Farmers Insurance Company of Flemington is stronger than ever and we are working to develop new products, technologies and services to benefit our Policyholders.

Become a Member of our Mutual and get the peace of mind that comes from knowing your Insurance company has “been there, done that.“